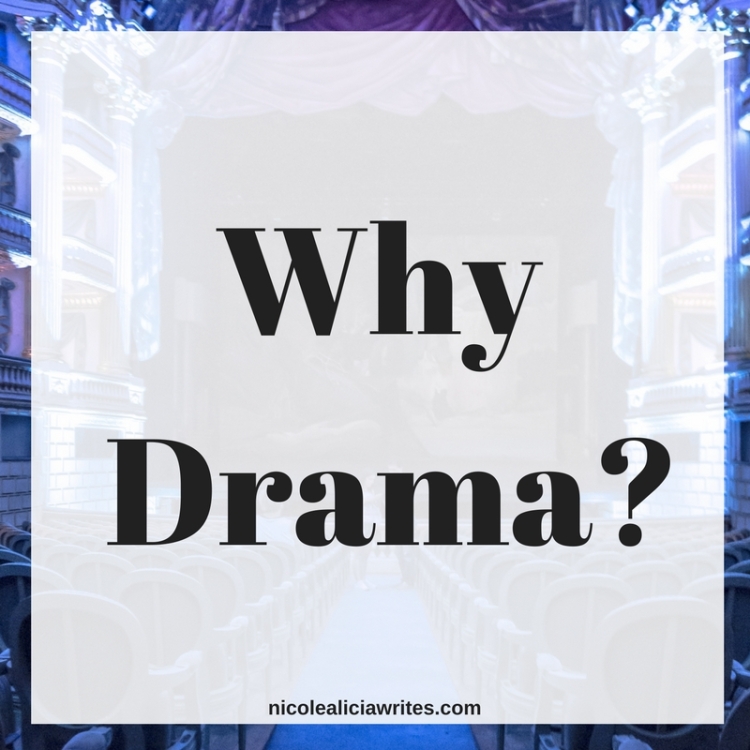 The title of my debut novel is Drama University.

Some of the drama that the main character Melody experiences is avoidable and some isn’t.

The title of the book was actually mulled over for years.

The main character is in a few different sticky situations and has some things happen to her that were well…drama filled.

I can relate to my character Melody, I too have experienced some un-needed, probably could-have-been-avoided-in-the-first-place drama. Then there’s always that which you perhaps didn’t even see coming.

But if life were that cut and dry and we could avoid everything adverse, nothing would be worth it.

I’m not saying you don’t NEED drama in your life at all. In fact, I believe a little bit of drama or adversity builds character. But, I’m talking about that blood pressure raising, un-needed, unnecessary type of drama that just gives you a headache, girl. Do you know what I’m talking about?

I don’t know about you, but I try to avoid drama at all cost now days. You know why?

I do this by avoiding those types of people, who are opposite of me and just really love drama. They need it. They have to have it. If they don’t, they go crazy.

Sorry not sorry, I myself am not here for it and don’t have time.

Oftentimes we can see it coming down the road and that ladies is when we probably should just get off that road and make a U-turn to go back the other direction.

What do you think about drama? Do you like it? Do you avoid it?